‘A Doll’s House’ is a Norwegian play produced by Henrik Ibsen in 1879.

In ‘A Doll’s House’, the protagonist Nora is forced to evaluate her life and the roles she plays – as a wife, mother, worker and a person. The play was highly critical of the marriage norms of the time, and so when it premiered it provoked great controversy.

This play broke with many traditions of the time and helped usher in the realist movement. Ibsen has been dubbed ‘the father of realism’ for creating a play that focused on everyday people experiencing everyday problems. 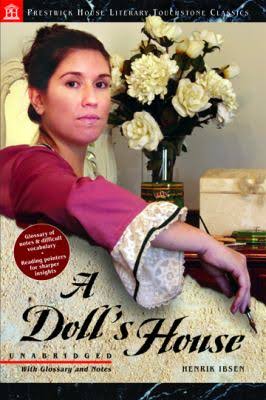 The text became an importance piece of the feminist movement, although interesting
Ibsen himself said he wasn’t necessarily arguing for women’s rights specifically, but rather human rights.

Times have changed since the 19th century and modern audiences might not fully grasp the impact of the characters and events of this play, and so it is an excellent choice for part 3 – literature: texts and contexts.

8 thoughts on “A Doll’s House”